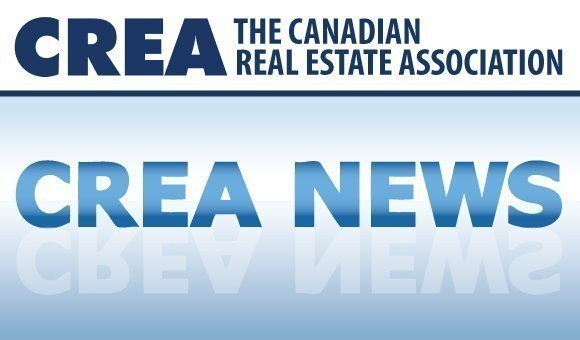 According to The Canadian Real Estate Association (CREA), national home sales activity picked up during the month of April 2014.

The number of home sales processed through the MLS® Systems of Canadian real estate Boards and Associations rose 2.7 per cent from March to April 2014. This continues to build on gains recorded in each of the two previous months, marking the third and largest month-over-month increase since last August.

The increase places activity about halfway between the most recent peak reached in August 2013 and the slowdown in the second half of 2012 that followed changes to mortgage rules and guidelines.

Sales rose in half of all local housing markets in April, dominated by a rebound in activity in Greater Vancouver and an increase in Greater Toronto.

“Greater Vancouver and Greater Toronto fuelled the anticipated spring pick up in national home sales in April which masked softer activity in a number of smaller markets,” said CREA President Beth Crosbie. “Housing trends can be very different between local markets and even within them depending on the neighborhood and type of home. Your local REALTOR® is your best source of information about how the housing market is shaping up where you currently live or might like to in the future.”

Actual (not seasonally adjusted) activity in April stood just three-tenths of one per cent below levels recorded for the same month last year, and one per cent below the 10-year average for the month. April sales were up from year-ago levels in less than 40 per cent of all local markets, with gains in Greater Vancouver, Calgary, and Edmonton offsetting softer activity in Ottawa, Montreal, and other rural and suburban areas in Quebec.

The decline in sales activity below the 10-year average was broadly based. “Sales activity for the month of April and for the year to date came in below the 10-year average in more than 60 per cent of all housing markets,” said Gregory Klump, CREA’s Chief Economist. “This shows that tightened mortgage rules and guidelines are working as intended to keep activity in check despite mortgage interest rates remaining extraordinarily low.”

The trend for new listings has mirrored the trend for sales over the past three months, with the number of newly listed homes rising 2.9 per cent in April on the heels of smaller gains in February and March. New listings were only up in about 60 per cent of local markets; however, as was the case with sales activity, outsized gains in Greater Vancouver and Greater Toronto boosted the increase nationally.

Year-over-year price growth in the MLS® HPI varied among local housing markets tracked by the index, with the biggest gains having been posted by Calgary (+9.52 per cent), Greater Toronto (+7.01 per cent), and Greater Vancouver (+3.64 per cent).