Canadian Home Sales Rise In May 2014 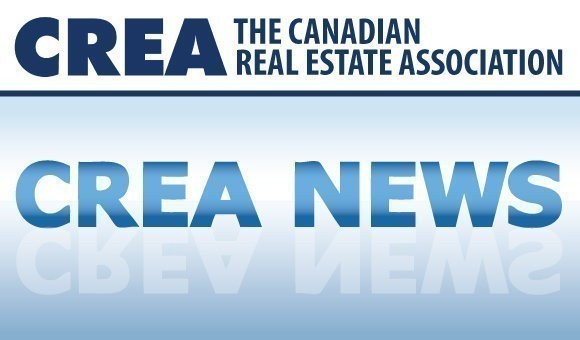 According to The Canadian Real Estate Association (CREA), national home sales activity skyrocketed during the month of May 2014.

National home sales rose 5.9% from April to May.
Actual (not seasonally adjusted) activity stood 4.8% above May 2013 levels.
The number of newly listed homes climbed 3.8% from April to May.
The Canadian housing market remains in balanced territory.
The national average sale price rose 7.1% on a year-over-year basis in May.
The MLS® Home Price Index (HPI) rose 5.0% year-over-year in May.

The number of home sales processed through the MLS® Systems of Canadian real estate Boards and Associations rose 5.9 per cent from April to May 2014. This marks the largest month-over-month increase in nearly four years.

Sales rose in four out of every five local housing markets in May, including almost all large urban markets. The largest gains driving the national increase were posted in Calgary, Greater Toronto and Montreal.

“The monthly increase in May activity was widespread among local housing markets, with some 80 per cent of them reporting stronger sales compared to April,” said CREA President Beth Crosbie. “Over the past 25 years, that widespread a monthly sales increase has been recorded only a handful of times. Even so, the improvement varied by location. Your local REALTOR® is your best source of information about the factors driving the market where you currently live or might like to in the future.”

May sales were up from year-ago levels in about 60 per cent of all local markets, led by Greater Vancouver, Fraser Valley, Calgary, and Greater Toronto. Monthly activity trailed levels reported last May in Montreal and Halifax-Dartmouth.

The national trend for new listings has mirrored the trend for sales in recent months. The number of newly listed homes rose 3.8 per cent in May, marking a fourth straight monthly gain. Also in line with sales activity, new listings were up in about 80 per cent of local markets.

“In markets where supply had become tight, we expected sales to improve in tandem with listings,” said Gregory Klump, CREA’s Chief Economist. “Had it not been for such a brutal winter that delayed the launch of the spring market, the improvement in new listings and sales would likely have been more spread out over the past few months.” Combined sales over the past three months are roughly in line with the 10-year average for that three month period.

The actual (not seasonally adjusted) national average price for homes sold in May 2014 was $416,584, up 7.1 per cent from the same month last year.

The national average price continues to be skewed upward by sales activity in Greater Vancouver and Greater Toronto, which are among Canada’s largest and most expensive housing markets. Excluding these two markets from the calculation, the average price reaches a relatively more modest $336,373 while the year-over-year increase shrinks to 5.3 per cent.

The MLS® Home Price Index (MLS® HPI) provides a better gauge of price trends because it is not affected by changes in the mix of sales activity the way that average price is.

The Aggregate Composite MLS® HPI was up by 4.98 per cent year-over-year in May, which is slightly smaller than gains of 5.03 per cent and 5.19 per cent in April and March respectively.

Year-over-year price growth varied among local housing markets tracked by the index, with the biggest gains having been posted by Calgary (+10.12 per cent), Greater Toronto (+7.08 per cent), and Greater Vancouver (+4.27 per cent).

Want to read the whole story and review the statistics? Here's the link to the latest CREA stats.